I have a single mom friend who battles migraines on a routine basis.  She also does not have a car.  This morning she joined us on our grocery shopping trip, as usual, and we planned to get our kids together to play this afternoon if her migraine subsided.  Unfortunately, her migraine got worse, so she called me in the mid-afternoon to ask if I'd be willing to have her son to play and give her a lift to urgent care.  The kids were resting and Katherine needed to eat about 45 minutes after she called, so instead of going right away, we arranged for me to pick them up after I fed Katherine at four.

When we picked them up, she was in really bad shape (hadn't remembered I said I'd take her to urgent care and didn't really even know where I was taking her.)  I expected that perhaps her son would need to spend the night.

Less than two hours after dropping her off, however, she called to say she was ready to be picked up.    She sounded nothing like the woman I'd dropped off!  They'd pumped her full of fluids and some special meds; she was like new.  It was quite the turn around.  We had a good conversation on the way home; I'd been meaning to catch up with her about some things, but hadn't been able to do so recently.

Prior to leaving to pick her up, I was interrupted by God's perfect timing for us to be able to care for her and her son: they live right up the hill; we have a car; we were back from dropping my dad at the airport; we have plenty for kids to do at our house; we had plenty for dinner to share (though her son didn't end up needing to stay); Katherine's on a predictable schedule so it was easy to make plans; we'd already been planning to get together, so there was space in our day.  All of these things, and probably more that I'm missing, just "came together" today so my friend could receive the care she needed without needing to worry about anything.  God is good and it was a privilege to be free to be His hands and feet ... or wheels and babysitter, as it were.  :) 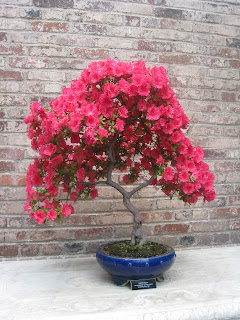 I guess maybe you could say that today I was interrupted by God inviting us to be grace dispensers.  I'm floored that God let's us participate in His work.  Aren't you?

Anyway, I gotta get to bed.  Here's wishing you a weekend interrupted by grace!