On Keeping a Holy Lent* 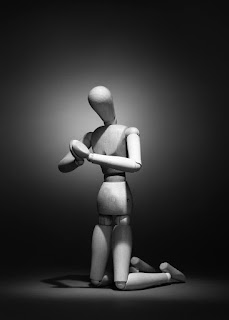 No, I'm not the person to ask about keeping a holy Lent.  For what it's worth, I don't believe I've ever even kept Lent "well."

But our pastor had copies of this little pamphlet by Craig R. Higgins at the back of the church several years ago and I go to it each year at this time.  I was thankful to find it online to share with you!

Rev. Higgins asks some very potent questions to get one started thinking about repentance during this time of preparation for real, enthusiastic, joyful celebration on Easter morning:

Here's the other quote that gets me every time I read it:  The point of Lent is not to give up chocolate; it's to give up sin!

In fact, this year I'm considering adding something to my life that I believe will lead me to repentance, showing me just how much I love myself, my time, and me, me, ME!!!  If you choose to fast during Lent, choose wisely AND everyone does not need to know what you've given up, though it might be helpful to have a couple of confidants for accountability.

There you have it, my brief thoughts on Lent.  Being that I am me, I probably could say more ... ha ha ha!  But I'll close with this.  Someone mentioned "The Jesus Prayer" to me in a Facebook comment.

Lord Jesus Christ, Son of God, have mercy on me, a sinner.

It behooves us to remember that we are sinners in need of a Savior (all the time!), and that He indeed is merciful, forgives our sin, and gives us new life.  What a better time than now, to join Christians around the world and through history in observing a time of greater focus on repentance.  Our sin is big, but as Corrie Ten Boom said, There is no sin so great, that God's grace is not greater still.

May this Lenten season, however you observe it, draw you closer to God the Father, Son, and Holy Spirit.


*This is a repost from a couple of years ago, updated for this year.  There are so many posts half written in my drafts or in the back of my head, but the days are running out before I get to writing lately!
Posted by Heather at 6:21 AM No comments:

Email ThisBlogThis!Share to TwitterShare to FacebookShare to Pinterest
Labels: Because of Who God Is, In the Church

It's February 1, How Are You Doing?

*This is a repost from two years ago.  I just updated the list for this January.

January is over.  The first month of the new year, with all of it's fresh hope for change and new commitments, has come to a close.  Did you make resolutions?  How are you doing?

From articles I've seen online and chatter with friends, most don't even make it through January without at least one slip-up.  So February 1st offers an opportunity to re-up, buckle down, put your chin up and show your goals who's boss.

Then March first will come.  And where will you be? 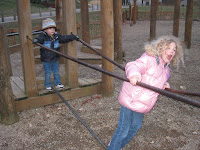 I don't want to be depressing.  I think setting goals and making plans are wonderful! (I can be described as Type-A. Ahem.  A little.)  But often our resolutions seem so unforgiving when we don't achieve as we hope, mocking us as we enter week two of the new year and we've already failed.  For example, every semester of college I swore I would stay on top of my class readings.  By the end of the first week, I was already behind.  Every semester!  And I've exercised twice in the last 31 days; a 6% achievement rate.  Nice, Heather.  Real nice.

One option to "fight the failure" is not to make any resolutions at all.  Don't have expectations, and you can't be disappointed, right?  That's just not healthy.

So this morning, I had a new thought based on some verses that we can make into an equation: 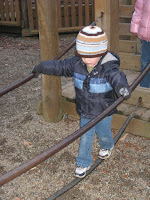 Taking that equation, think back over the month of January.  How has God not failed you?  Or, in the positive, how has He proven Himself faithful?

Takes a lot of pressure off, doesn't it?  God is active in our lives, and we can look back to see how He has protected, guided, forgiven, sustained, helped, and loved us.  Then it's not so much about us and our achievements, but God and His working mightily in our lives.  Praise is given where praise is due.

Here are some ways God was faithful in my life in January:

To name a few.

Would you take a few moments today to think about how God never failed you in January, and give Him thanks?  Maybe share a few things in the comments!

And let's anticipate God's faithfulness in the month of February!
Posted by Heather at 7:00 AM 4 comments: