When in the course of human events...

HAPPY INDEPENDENCE DAY!
Yesterday we went out to Lexington and Concord, where it all go started on April 19, 1775. Elizabeth's still a little too young to appreciate it, but it was fun to introduce her to the area where the American Revolution began. Daddy came along, the park was not busy, and the sun started shining; it was a wonderful morning!

We started at the Minute Man Visitor Center. The area is part of the National Parks Service and they have a twenty minute audiovisual presentation about the events of April 19, 1775. It's well done and Colin had never seen it. Brian made it through the first 3 minutes and then I had to take him out. While Colin and E watched the show, Brian walked all over the visitors center and outside, so proud of himself. Afterward we had some snacks before moving on. Everything was so lush and green, what with all of the rain we've had. Colin got some great pictures of a pond and one of its inhabitants. There was even a turtle hanging out in the middle! 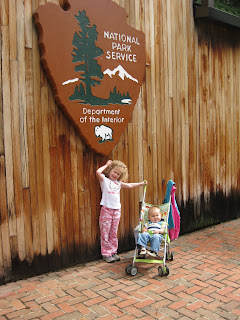 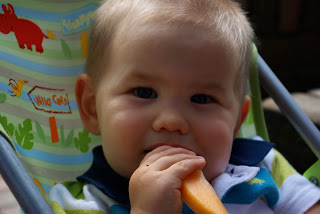 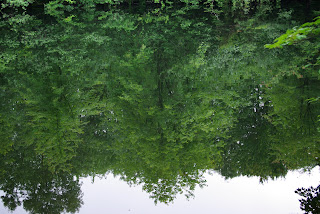 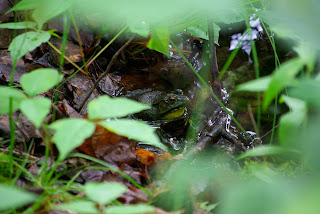 Our next stop was Hartwell Tavern. The first picture shows how the sun was coming out and E didn't have her sunglasses. (I'd brought mine with a chuckle ... but was really glad to have them! For those who don't live up here, we just finished up the gloomiest June in 100 years.) 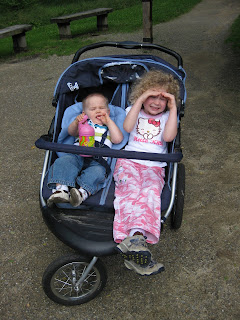 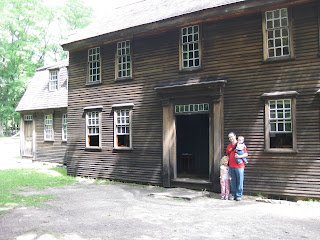 There are some folks around in period dress. This woman had been at the Visitor's Center earlier and Elizabeth really admired her clothes. E had asked her, "Why are you wearing such pretty clothes?" The woman was very sweet and explained her outfit, using the word petticoat, which E recently learned in Little House on the Prairie. I love that cross-experience learning stuff! 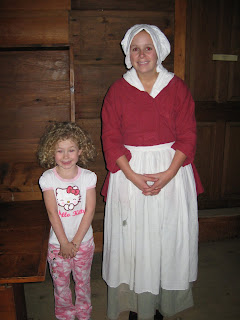 There was this adorable little chair by the hearth, just Brian's size ... but he didn't want to stay in it! 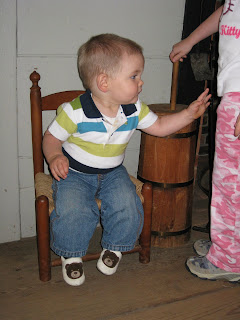 And a butter churn, which we've talked about in LHotP as well. What a pose, huh? Ha! 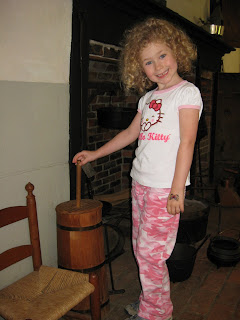 This is Brian in the backyard, just because he's cute. 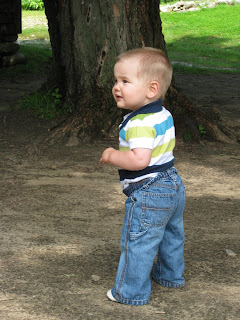 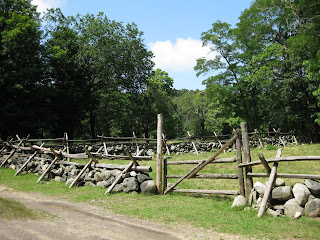 Our final stop before heading home was the North Bridge, where the first British soldiers died in battle. It's a lovely, solemn place. I can't imagine what it was like 230 years ago, the place or the ragtag army that somehow won that war. We are indebted to them. 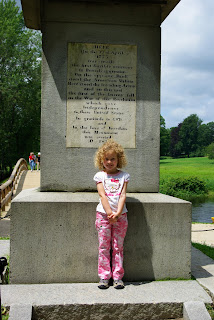 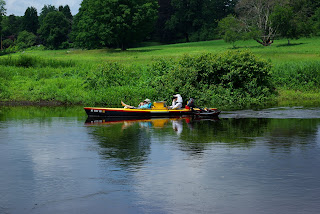 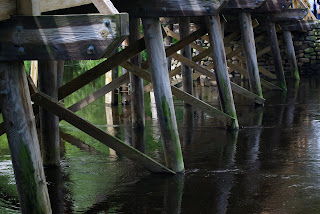 On our way home we listened to an Adventures in Odyssey episode called "The Day Independence Came." And stopped at McDonald's for lunch. It was so fun to go on a family outing and ponder our nation's beginning. 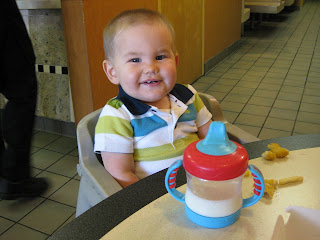 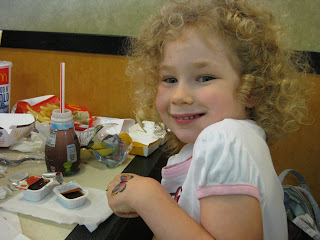 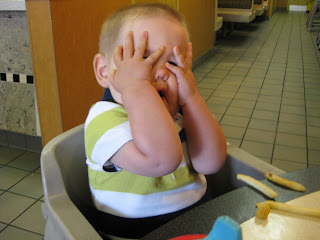 "Oh no, Mommy! You're already feeding me french fries?!"
Posted by Heather at 7:55 AM