Not much going on here in our world. The kids are sick. Elizabeth's had a fever just shy of a week - we'll see if she wakes up with one today. Brian's fever peaked at 104.2 on Sunday, followed by a favorable ER visit. It's some kind of virus that will hopefully pass soon, no ear infection or lung problems. His fever was gone yesterday. Still, neither of them are eating very much.
Despite their illness, I did take them to a couple of places. Thursday afternoon we went to a one-time puppet show at the library. It was delightful! Saturday morning Tee Ball ended. Elizabeth was never super into it, partly because it was poorly organized so the kids did a lot of standing around. If she'd gotten to be more active, it would have been more appealing. I think. But who knows? But I wanted her to finish up her commitment. All the kids got a nice medal for participating!

Sunday was probably the WORST Father's Day ever for Colin. The weather here has been abysmal - grey, rainy, and depressing. I'm teaching Sunday school this summer, so I had to go to church for that hour. Colin was left home with two sick kids. That was Elizabeth's worst day, she spent most of it on the couch and clocked at least 8 hours of tv time! Brian got that high fever and a trip to the hospital. We did treat Colin to breakfast in bed and he and Elizabeth enjoyed some bonding time there over breakfast. (Brian was not invited; he's much to wild when he gets a chance to romp around on the bed!) I think we'll be celebrating Father's Day next Sunday... Colin deserves much, much more honor and celebration than he received this weekend. We love you, husband and daddy!

Brian's new favorite activities involve carrying things around, particularly the yellow bat and my dish towels. The latter drives me crazy, because I go to dry my hands and the towels are in the next room! 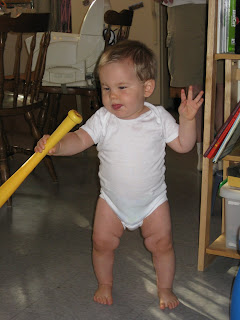 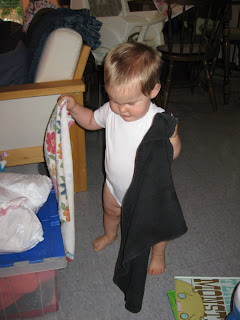 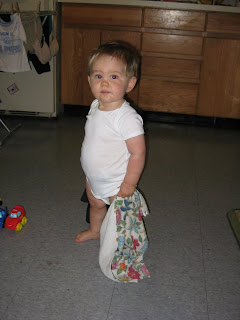 Elizabeth could hardly contain her enthusiasm at receiving her medal. 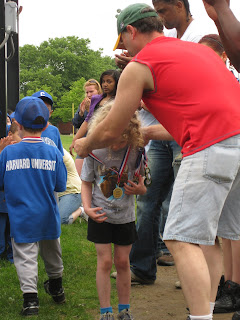 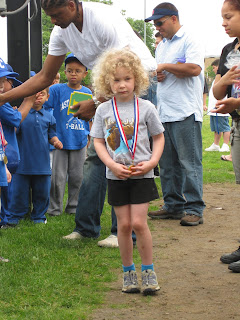 Brian's been starting his days early
and with the television. 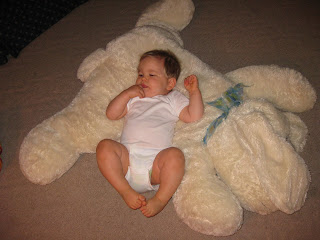 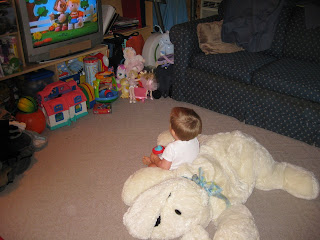 We have enjoyed some fun play times.
Take that, you virus! 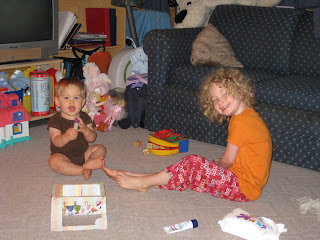 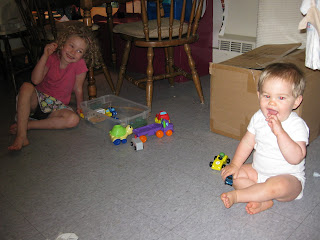 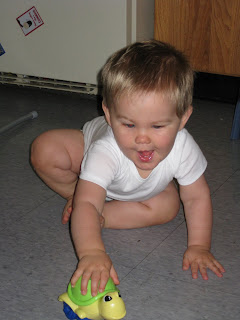 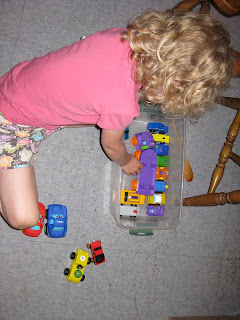 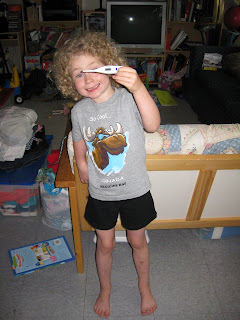 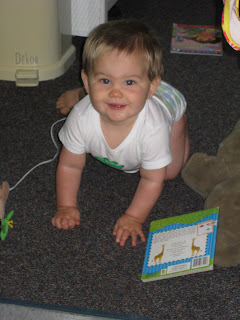 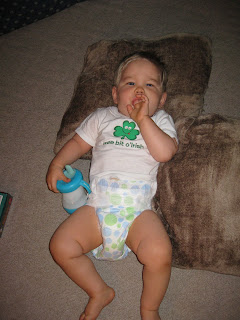 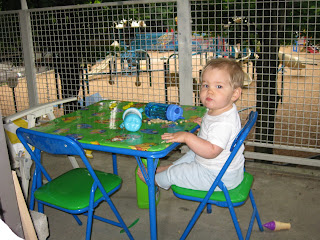 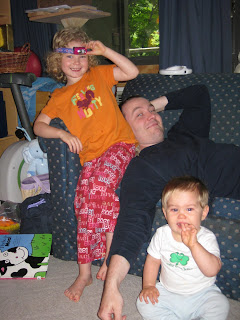 Elizabeth konked out in the middle of the day. 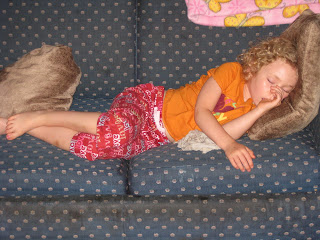 What a lively Father's day! 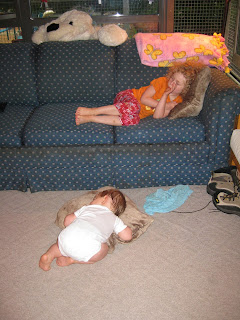 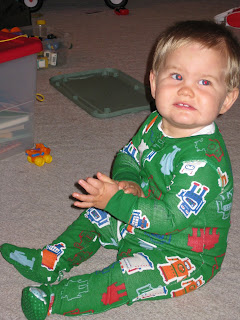