A Weekend With Old Friends!

I feel the need to post something this morning.  The kids are occupied with play dough and we've had so much going on!  This week and weekend were full, full, full - to be rounded out this afternoon with a huge party with my parent, in-laws, siblings' families, and old family friends from Germany who are in town visiting.  Phew, my introverted side is ready for a solo vacation!

Anyway, I'll share some photo highlights and, after today, I'll try to get up some pictures from the Father's Day/Dad's Birthday celebration.

Friday morning we met up with a childhood friend of mine, Gretchen, her kids, her sister and her kids, and their mom.  It was fun to catch up in person, rather than Facebook!  After the zoo, I took E to her final art class - a birthday gift from the grandparents.  She went for three hours every afternoon, all week.  She loved it, but also said she's glad it's over because it took up a lot of her time.  I thought that was kinda funny. 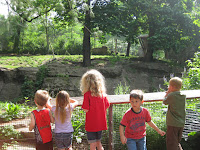 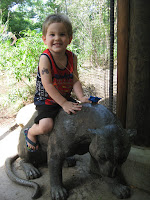 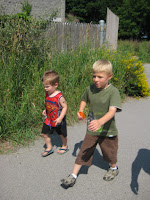 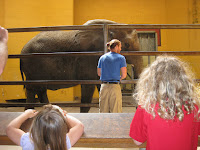 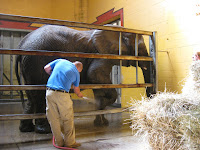 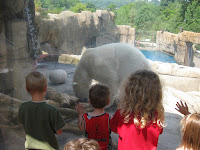 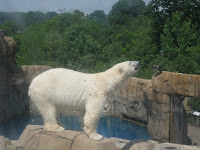 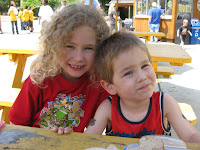 Yesterday, our German friends treated us all to a day at Kennywood, the local amusement park.  I don't think I'd been there for more than five years.  We had a great time; I really enjoyed hanging out with Brian and my nephew, Henry, who's only slightly younger than Brian.  You can see them together in several of the photos below.  Henry is a very thoughtful little two (almost three!) year old, and just loves being with Brian.

Here's the story on the German folks, who I'll try to get a picture of at the party today.  Uschi and my mom met when we lived in Germany for a year when I was 12, my brother 10, and my sister 8 - um, that means we moved to Germany twenty years ago this summer.  That sounds like a really long time, but I digress ...  My dad was on sabbatical for a year working at the University in Dortmund.  My folks sent us to German schools and we got involved with a small baseball and softball league.  Uschi's son, Sven, was on my brother's team and Uschi, who was studying English, got up the nerve one day to ask my mom a grammar question and well, the rest is history.  They are like sisters, though they don't get to see each other that often.  Her husband, Rainer, is a wonderful fellow who can cook some pretty awesome German food.  Sven married not long ago, and his wife Kirsten is so sweet.  So we are visiting a lot this weekend with Uschi, Rainer, Sven, and Kirsten.  I'm amazed at how much German I can understand, though I can't speak it very well anymore. 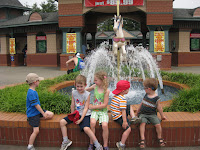 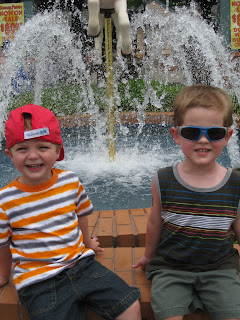 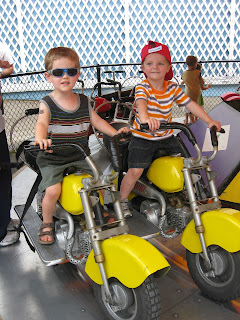 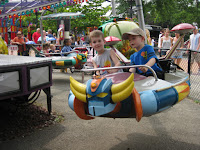 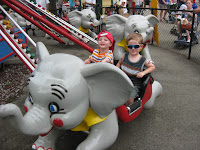 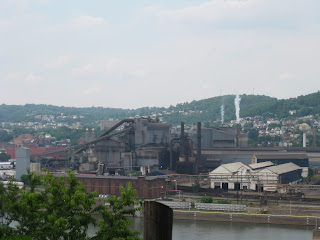 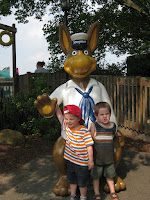 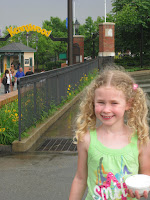 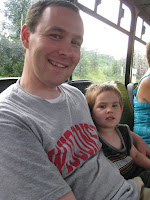 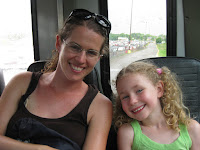 On our way to the car, Elizabeth spotted this.  It made. her. day!
She has been wanting to see a real rainbow for ages. 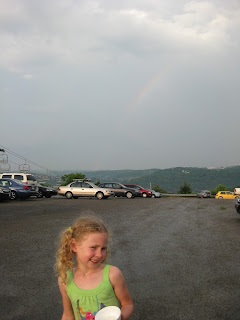 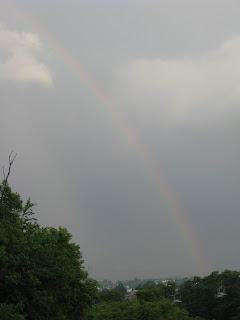 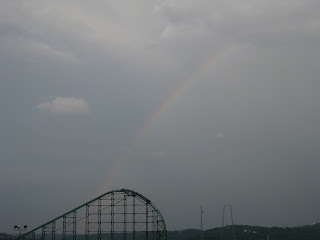