Colin and I had the great treat of a couple of days away from kids AND a visit to friends in Boston and Cambridge.  Colin spent most of his time at a conference, but his talk was successful and he did get to enjoy some catching up with old friends.  There were so many to see in so few hours, but I think I managed to see a good chunk.  Sorry to those that I missed; I hope it's not too long before another visit.  Jenny, you up for it?!
We stayed with my dear friend Jenny who's one of the most hospitable people I know; I'm blessed to call her a friend!  Her daughter helped me to choose the winners of my first ever blog giveaway. 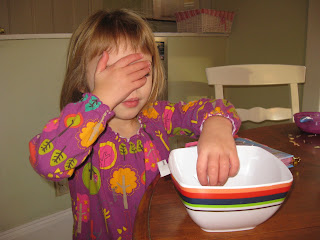 Later Tuesday morning we visited the Windsor House, a senior day-program with which our Tuesday morning Bible study has a now 5+ year relationship.  It was a treat to see those sweet people again - though I think I confused some of them by being there after so long and without my children!  We church ladies and children (those who were free) had lunch at the fine Wendy's in Central Square. 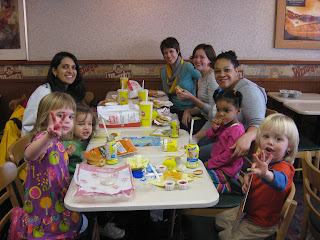 After a brief visit at Liz's house (she's above on the left) I shot over to Westgate for the afternoon.  Westgate is the married and family student housing complex on the west side of  MIT's campus, where we lived for 5 years.


Tuesday night we had dinner at John Harvards, arguably our favorite restaurant in Boston.  Their Colonial Gold is one of the best beers ever (for my taste buds) and they had it on tap!  The Downs' joined us and we enjoyed wonderful food and conversation.  I'd only emailed them the day before and they were free to join us!  I forgot to take a photo.
Wednesday was much less full.  Colin went conferencing and I enjoyed a leisurely morning with Jenny and her kids.  They live in this lovely neighborhood so after some time indoors we took a brief stroll before Colin called to say he was through for the day.  Parting is such sweet sorrow.  I'm so thankful we had those couple of days to catch up in person!

We still had some bank accounts that we needed to officially close.  So Colin and I took care of that, and then had lunch at Royal East, a cheap and quick (but not nasty) Chinese restaurant we used to go to a lot after my prenatal appointments when Elizabeth was on the way.  This yumminess was followed by coffee and dessert at Luna Cafe - some of the tastiest coffee in Cambridge.

Our final stop was with our friends who just became US citizens a couple of weeks ago!  We met them at Westgate several years back and attended church together.  At their house I tried Pomegranate for the first time; cool fruit!  We enjoyed conversation and laughs just as if we'd never left town.  (Though it was quieter without our two kids there to wind up theirs!)
We came home to this!

I'm now REALLY in the Christmas spirit with Advent, snow on the ground, crisp winds biting my cheeks outside.  Yes, it's December.
Many, many, many thanks to our parents who cared so well for our kids while we were away.  It was good to see those little kiddos this morning and hear about their adventures while we were away.
Posted by Heather at 1:58 PM