Brian will be 8 months old tomorrow! He has been busy learning to do new things and exploring the world with his brow furrowed. 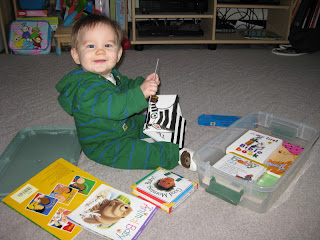 Here are some things you might enjoy knowing about him: